Make Your Own Potting Soil and Save Money!

Make your own Potting Soil
and Save Money!

Although commercial bagged potting soils have the advantage of being convenient and disease-free, the expense of it alone, especially for a large garden, can make learning to make your own potting mix a very valuable endeavor.

But ask five gardeners for their go-to potting mix recipe and you'll get far more than five answers.
At the end of this article, you will find several suggestions for great potting mixes that you can skip right to. 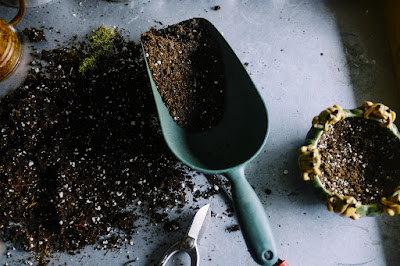 The advantages of making your own potting soil: 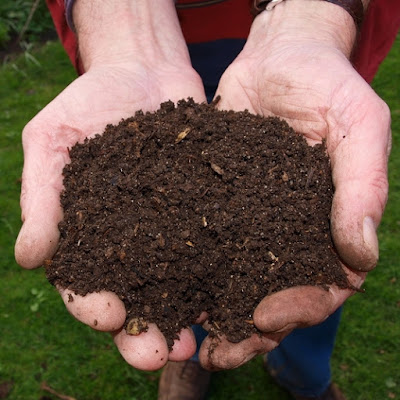 Good Healthy Potting Soil Must Be:

There are many ingredients to choose from which can serve to make the process a bit daunting. However, learning the basics will go a long way in easing your concerns.

Types of soil amendments and what they do.

Garden soil refers to the loamy soils sold in most garden centers. It is mixed to incorporate a variety of soils and textures and usually targets right on the label a certain type of garden or plant.

Side Note
Never add soil from your garden. It is un-sterilized and may harbor disease, insects and weed seeds which can cause future problems such as dead, deformed or stunted seedlings or plants.


A mixture that consists of various decayed plants and vegetative waste is added to the soil to help plants grow. 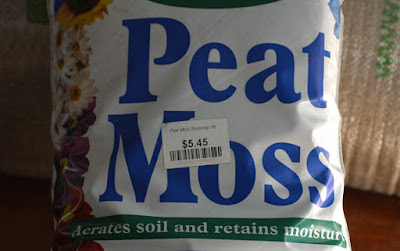 
These are types of Peat generally added to potting soils.

This is a by-product of the coconut processing industry. It's the finer product that's left behind in processing.

These are the dead fibrous materials that form when mosses and other living material decompose in peat bogs. Both come in convenient dry, light-weight compact blocks and can be found at garden centers. 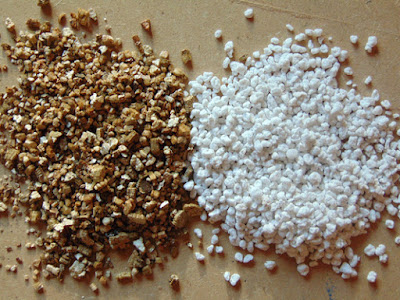 These filler materials are frequently added to potting soils for their ability to lighten and aerate the soil.

Perlite is the round white styrofoam-looking specks you see in potting soil.

Vermiculite is the sparking particles that you often see in potting mixes. It is a natural volcanic mineral that has been expanded with heat to increase its water-holding capacity.

A primary ingredient in potting mixes. 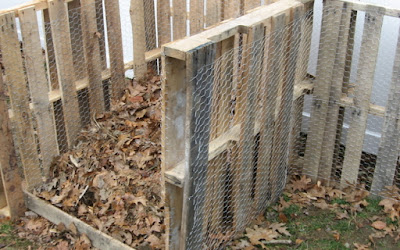 
Simply, leaf mold is decomposed leaves used to condition the soil. The end result will be dark brown and crumbly.

Ready to mix some soil?


First, here are a few tips:


Now for the Recipes!

Note: A “part” can be anything; a scoop, a large cup, a bucket, wheel barrel, etc.


Add your choice of fertilizer depending on what kind of plants you're growing.


Add your choice of fertilizer depending on what kind of plants you're growing.


You can add small amounts of leaf mold and humus to the above recipes.

These next two recipes can be used for seed germination because they are relatively sterile, light in texture, weight, and uniformity. The light texture enables seeds to readily germinate and emerge and allows tender roots to grow. It also makes transplanting seedlings easier.


The following recipes are mostly used for seeding and some specific plants like Orchids and Cacti. They are composed of a variety of organic and inorganic materials. They contain mostly peat, bark, pumice-type material or a peat substitute like coconut husks. They do not include soil or have any soil properties. Its lighter weight allows water and nutrients to evaporate or drain the mix.


Moisten and use in flats.


Fertilizer is usually not added to the mix until the seedlings are healthy and viable, and then at reduced strength.

2 parts Vermiculite or Perlite or a combinationMoisten and use in flats.

~~~~~~~~~~
Now that you have a basic knowledge of what's needed in your homemade potting soil mixes, you can adjust and change the mix as needed, depending on what you want to grow.

Back to Our Blog Home Page!

Love hostas or know someone who does?Visit our website for great hostas at an affordable price!
SunsetHostaFarm.com