When and How to Divide Hostas 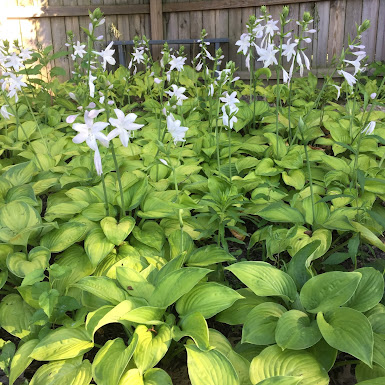 When and How to Divide your Hosta

Whether you want to divide your hostas for the healthy of the plants or to increase the hosta love around your garden, dividing a hosta is easy to do once you're familiar with the timing and some basic steps.

Things to Consider
Before Dividing your Hosta

Frequent divisions of a  hosta clump will restrict the plant's leaf size and keep it from developing to its mature features. Undivided, hostas can take up to four-plus years to reach their full size.


Hostas grow at the root tip only. If you slice through many roots while dividing the hosta, those roots won't grow longer or branch at the cut.


Here at Sunset Hosta Farm, when we divide our larger hostas, there are always some smaller root pieces that are attached to the main roots.  We separate those pieces off the mother plant and plant them in three to four-inch pots.  We then baby them through their first year. If they are divided in the Spring, they most likely will be ready to plant in the ground by the Fall. 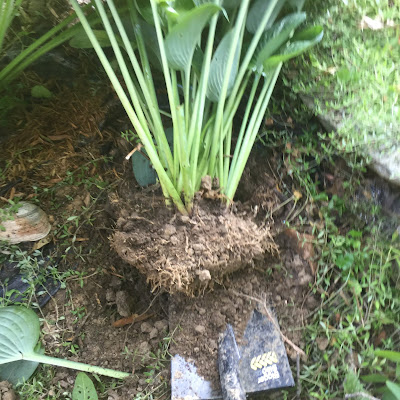 A Little or a Lot of Elbow Grease

The amount of elbow grease needed to divide a hosta depends on the hosta's size and type.


For instance, mini and small hostas are much easier to divide. With some, after digging up the hosta from the ground, the roots will easily separate themselves with a light tug. Dividing them can actually help them to maintain their tiny, tidy size.


Larger ones, however, may take some real elbow grease to dig them out of the ground. They may also need a good hard split with a shovel to divide them. Not to worry, though. Hostas are tough and do actually benefit from being divided.

You can divide the hosta into several new plants as long as each division has a healthy root system. The smaller the division, however, the more care you need to give it until it's established in its new place.


If you just want a second plant, it is possible to use your shovel to cut off a corner, third or half of the plant without lifting the whole plant out of the ground. Simply dig out the portion you need and plant the new division at the same depth.

When does a Hosta NEED to be Divided?


Hostas are a long-living perennial, and over time, the center of the plant may begin to die out. This is commonly referred to as center die-out, clump die-back or fairy ring. The later is a whimsical nickname given where the problem is said to result from fairies dancing in the middle of the plant.

Hostas put on most of their new growth on the outside of the clump each year. After several years, the dead growth from past years will accumulate in the center.

Also, a lack of water through the season is another reason that the middle buds will start to die out.  Crowns and roots can also be damaged and rot due to the heaving up and exposure of the crowns over the winter.

Spring is the perfect time to do a yearly check on your more mature hostas to see which plants are missing some or all of the pips in the middle of the plant. That's when you know it's time to divide that hosta.

Which hostas are more susceptible to center die out?

Since the center die-out takes some years to develop, it is often the older and more established hostas that are affected. Also, fast-growing hostas that reach their maturity faster can fall prey to this problem.

Dividing the plant is the best way to cure the problem. Dig up the entire plant, separate it into as many pieces as you'd like leaving good healthy roots on each piece.

Dispose of the dead or rotted center parts. If the center of the hosta has actually rotted, soak the divided healthy parts in a mild solution of bleach (10% to water) before you replant.


How to Prevent Hosta Center Die-Out


Generally, hostas can safely be divided any time the ground is workable, however, the summer months can be rough on the divisions so more attention, water, and shade will be needed if divided in the summer. Most gardeners prefer to divide their hostas in the Spring and Fall for that reason.

Here are the advantages and disadvantages of dividing hostas during each of those three seasons.

Spring is the best time to divide fast-growing hostas, specifically as soon as the eyes are popping up but before the leaves unfurl. This is usually a two-week window. Fast-growing hostas recover quickly from division.

It is advisable to only divide non-fast-growing hostas into thirds or quarters if doing this in the spring.

Hostas can be divided in the summer months, but much more care needs to be taken to be sure you don't stress the plant or divisions. Water well and shade the planted divisions for at least a week until the divisions are well established. Keep a close eye on the divisions.

Fall is a great time for division. The hostas need for water is not as great now. In northern climates, that is September, in the southern, October.

Hostas will frequently throw up a small flush of leaves as the temperatures moderate from the summer heat in July, especially if it has been rainy.

Dividing them at least 30 days before the first expected frost date takes advantage of this growth spurt as well as giving the hosta divisions time to settle into their new home before their winter sleep.

Other Tips for Dividing Hostas

So that's it.  Hostas will provide you with those beautiful, healthy leaves for years on end with a little care and maintenance.

Love hostas or know someone who does?
Visit SunsetHostaFarm.com
Great hostas at affordable prices! 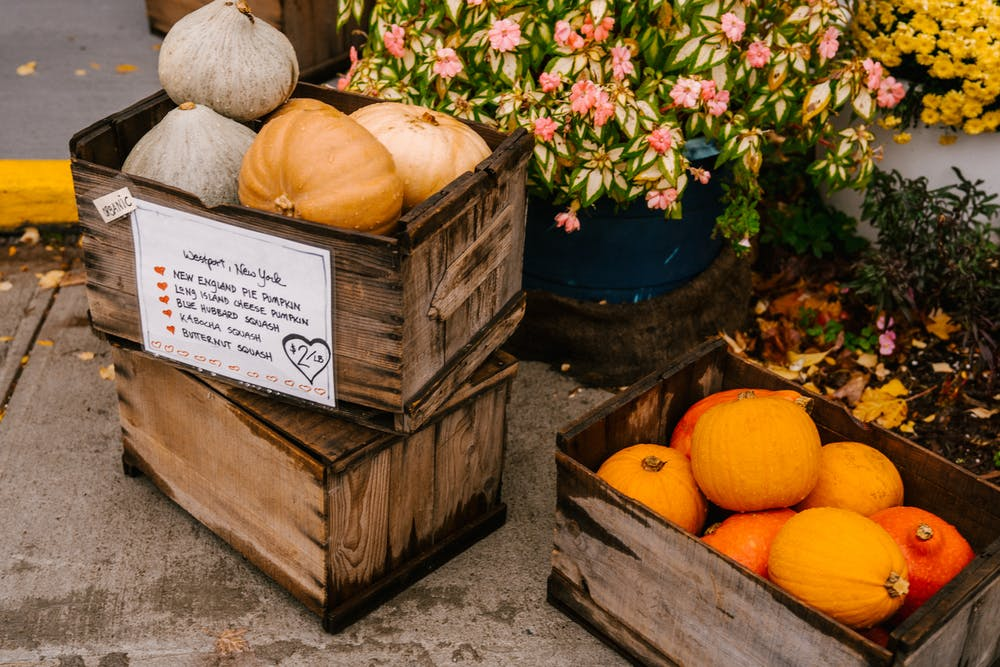