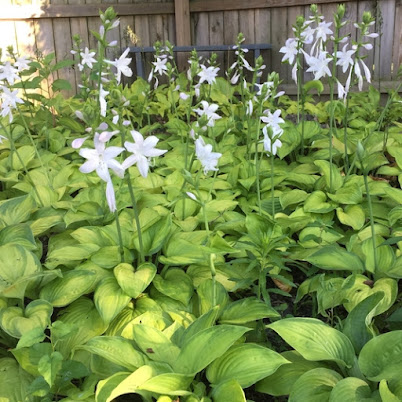 
Reducing our dependence on water is one way gardeners love to be eco-friendly, so it comes as no surprise that drought-tolerant plants continue to be in high demand.

But are all hostas really drought tolerant? The answer is yes, and no.


If a hosta is healthy and of mature size, its root system has become wide-reaching and the roots can extend to collect enough moisture to get them through dry times. An otherwise healthy, mature hosta plant will only need added water in extreme cases. In that case, you can say that that hosta has become drought tolerant or said another way, drought resistant.

All plants are susceptible to sunscald and drought stress, even hostas. And while a mature hosta will probably make it through one drought, prolonged inadequate water can lead to several problems.


It's helpful to know how hostas grow to answer that question fully.

In late summer and fall, a hosta uses its rhizomes (roots) to store up the energy and food reserves that it will need as it emerges the following spring.

If that hosta experienced severe drought or prolonged dryness the season before, it may not have the reserves it needs to increase in size. The result is a less healthy, smaller hosta.

A dry summer and dry fall is often the cause of a hosta that actually shrinks in size from one year to the next. Multiple dry seasons make them unable to replenish their depleted energy reserves and cause these telltale signs of water stress.

The better plan is to not stress the hosta in the first place.

Using a good soaker hose is a good assurance that your hostas will get the water they need.

So how much water does a hosta need?


In general once established, hostas are tolerant of an occasional drought but need to be watered when the top inch of soil has dried out.  And if you're in the south, 2” of water per week will usually ensure that your hosta survives through those hot, humid summers.


In the spring, hostas don't need a lot of water. Watering them in early spring can actually cause the roots to rot.  Be careful NOT to water the hostas in early spring until the threat of frost has passed to prevent root rot.

Hostas thrive in moist conditions. In their native environment of Japan, China and Korea, they can get 60" of rainfall each year. Hostas require 1” of water per week, whether by rainfall or irrigation.

As the weather turns colder, hostas will be happier with less water. Once the days cool, you can rely on Mother Nature for rainfall.

And as is true with most perennial plants, deep soakings are much preferred over lighter more frequent waterings as the soakings will encourage the roots to grow deeper into the ground, enabling it to reach out for moisture when needed. 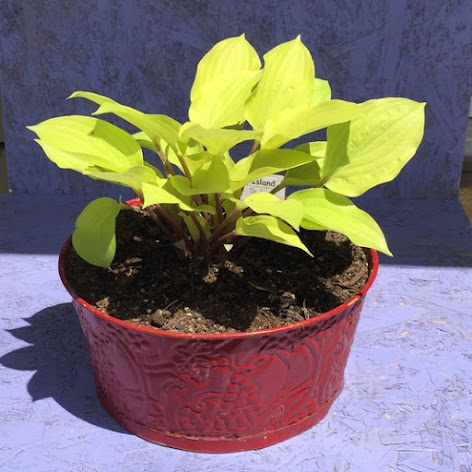 There are hostas available these days that have been bred to be sun tolerant. Those hosta types need even more water if they are planted in some direct sun, even if it's only direct morning sun for four to six hours a day. fix

Here at Sunset Hosta Farm, we grow and sell a number of sun tolerant hostas.

Besides holding down those annoying weeds, a good 2” of mulch placed several inches away from the hosta crown and shoots will help cool the soil and hold in moisture.

Hostas continue to be one of the most popular care-free perennials plants. They're hardy and beautiful, and you can keep them that way through the season with sufficient water.


Love hostas or know someone who does?
Visit our website for great hostas at an affordable price.
SunsetHostaFarm.com
We only grow and sell hostas!