How to fix Hosta Center Die-Out 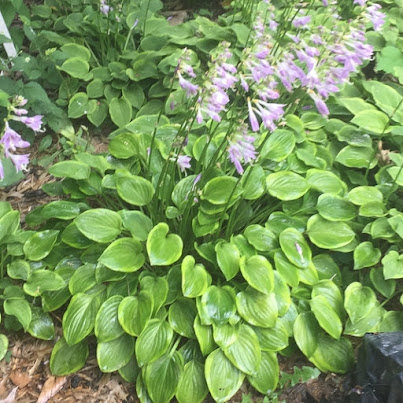 How to Fix Hosta Center Die-Out

Hosta center die-out is sometimes referred to as "clump die-back" and “fairy ring.” The latter is a nickname given to this problem that is said to result from fairies dancing in the middle of the plant.


It's a common problem with hostas since they are a very long-lived perennial, but this problem can be easily remedied.

In early spring when the pips begin to emerge from the ground, you will notice the middle pips are missing or sparse. Spring is the perfect time to do a yearly check on your more mature hostas to see which are in need of some further care.


When the hostas are mature, it is easy to see the die-out around the middle of the hosta.

Reasons that hostas die out in the center


Which hostas are more susceptible?

Since the center die-out takes some years to develop, it is often the older and more established hostas that are affected. Also, fast-growing hostas that reach their maturity faster can fall prey to this problem more often.

What to do about it

Dividing the plant is the best way to cure the problem. Dig up the entire plant, separate it into as many pieces are you'd like to replant or give away and dispose of the dead or rotted center parts. This division also serves to stimulate new buds and new growth.  Replant the healthy pieces.


Hostas can safely be divided any time the ground is workable, however, the summer months can be rough on the divisions so more attention, water, and shade will be needed. Most gardeners prefer to divide their hostas in the Spring and Fall for that reason.


If the center of the hosta has actually rotted, soak the divided healthy parts in a mild solution of bleach (10% to water) before you replant.
If you want to replant some divisions in the same area, it's helpful to replace the existing soil with some fresh organic matter like compost or leaf mold.


Further Reading:  How to Compost

A balanced fertilizer will help the hosta divisions come back looking beautiful and healthy.

How to Prevent Hosta Center Die-Out

Have a question about hostas or have an idea for a future article?  Feel free to e-mail me at susan.sunsethostafarm@gmail.com

Love hostas or know someone who does?
Visit our website for great hostas at an affordable price.
SunsetHostaFarm.com
This post may contain Amazon affiliate links and as an Amazon Associate I earn from qualifying purchases without costing you anything extra.