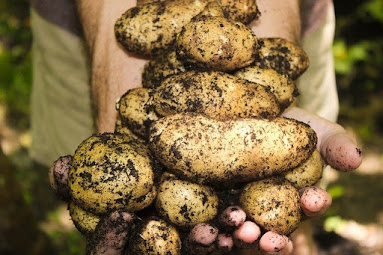 Digging up a bed full of plump, healthy spuds is one of the many joys of growing your own food. It's always exciting to see what has grown under the earth when the wait is finally over and it's harvest time.

But if your potato harvest has been rather disappointing, the reason may be as simple as not using the correct method of growing the potato for the type of potato you're trying to growing.

Did you know that potato plant varieties are either determinate or indeterminate? If you're familiar with those same two categories from growing tomatoes, you'll understand the following difference.

One major difference is that you can get a good harvest of tomatoes even if you don't consider the type of tomato you're growing them.

But with potatoes, the growing habits of determinate and indeterminate potatoes are so different that growing each of them the right way can have a big influence on the harvest you'll get.

Determinate potatoes are also called early potatoes and they are considered fast-growing. Some will be ready to harvest in as little as 60 to 80 days.


These potatoes are mainly smaller at harvest than the mid and late season types, and usually have thinner skins.


They are the best to grow if you want to harvest sooner, either because you want to get them harvested in time to plant another type of crop, or you're in a short growing season.

But here's the most important part!

Determinate potatoes produce tubers in just one layer at the soil depth just above where the seed was planted. That means they do not require further mounding of the soil around them as the season goes on.


You could continue to hill them up if you choose, but it's a waste of time and energy as the plant will only produce one early set of potato tubers at the bottom.


Determinate varieties require little or no staking of the plant. Many people prefer growing determinate potatoes in raised garden beds. 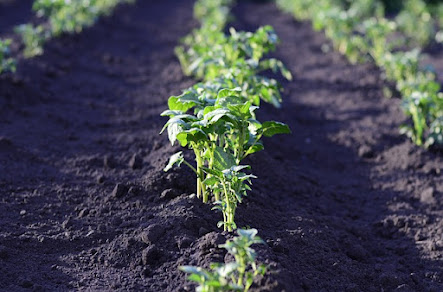 Dig a hole or trench for the tubers.

Here are some determinate potato varieties that are popular among growers:

Indeterminate potatoes are classified as slow-growing or main season or late season potatoes. The potatoes are usually much heavier and thicker.


They develop into vines and continue to produce fruit all along the stem where soil exists. These are the type of potatoes that are "hilled up" continuously as they grow in order to produce more and more potatoes.  The tubers will grow until the plants are killed by frost.

Indeterminate potatoes are preferred by market farmers who want to produce potatoes throughout the season.  They are often grown in tall grow bags and "potato towers." 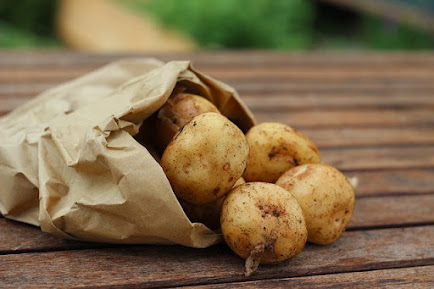 No matter which type of potato you choose to grow, your potato crop needs:

Because potatoes are a root crop, a feeding of fertilizer with high phosphorus will enhance potato root growth. 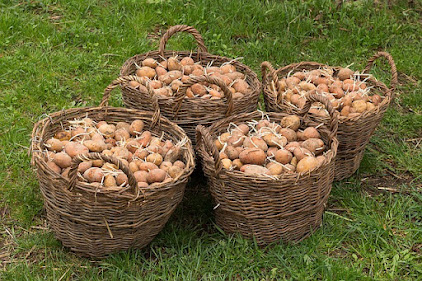 So now it's time to choose which potato best suits your garden plan.

Interested in learning how to dehydrate the veggies you're growing? You can start by buying a great book! Complete Dehydrator Cookbook

Interested in learning how to can the veggies you're growing? You can start by buying a great book! Beginners Guide to Canning


Need more recipe ideas for the vegetables you're growing? Check out this book: Simply Veggies - 2021!