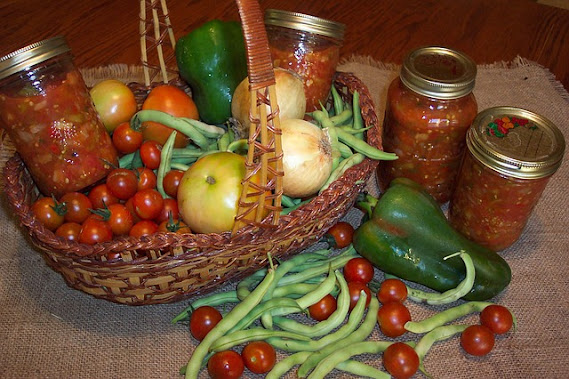 The act of canning your home-grown or store-bought food is becoming increasingly popular as people begin to realize the precariousness of our food growing and food distribution system.

If you're interested in beginning to can your own food, I think you will find these 15 common questions and answers very helpful.

What does the canning process involve?

The canning process involves placing foods in jars and heating them to a temperature that destroys microorganisms that could be a health hazard or cause the food to spoil. It's a lost art that has become much more popular in light of the uncertainty of our current times.


Why is canning food important?

We have begun to realize how valuable our homegrown produce is and that it’s worthy of spending a few extra hours preparing by canning so we can have some winter convenience food of our own making.  It is also a way to consume less processed foods.

And since the jars are simply placed on a shelf, there is no worry that the food will be ruined during a power outage.

What are some of the reasons that canning lids do not seal properly?


There are many.  Here is a list of the most common.

What's the difference between pressure canning and water bath canning?

Can canning jars go in the oven?


The glass used for Ball and Kerr canning jars is not tempered for oven use and is not meant to be used in baking projects. The jars are safe to use for home canning recipes, cold or room temperature food storage, crafting, and cold beverages.

Can canning jars be frozen?


Ball® makes mason jars specifically for freezing. They're made with a straight shoulder. That means there's no curve around the neck of the jar, which makes it easier for them to stand up to low temperatures and expanding liquids. Freezer-safe mason jars like these don't curve in toward the lid.


The simple answer is no.  Canning lids are designed for one-time use. Using them more than once may result in your jars not sealing properly. These lids have a special sealing compound around the rim that is only good for one use.

There are currently canning lids that are reusable.  The most common brand is Tattler.

What is canning salt and what's the difference between it and regular salt?

Pickling salt is sometimes called canning salt or preserving salt.  It is pure granulated salt (sodium chloride). Pickling salt does not contain anti-caking ingredients, which can turn pickling liquid cloudy, or additives like iodine, which can make pickles dark.


A good substitute for pickling salt is kosher salt. It's more widely available, isn't particularly expensive and is also free of those additives that prevent clumping.

When should the canning lids pop?


It can take up to an hour or even longer for a canning lid to seal, and jars should be left undisturbed for a full day before you check their closures. When 24 hours have passed, check the lids. Press on the center of the lid.  If it doesn't move, the jar is sealed.


What canning supplies do I need to begin canning?

To read a full article on the supplies you will need to begin canning, click here.

Which foods need to be pressured canned?


Pressure canning is the only safe method of preserving vegetables, meats, poultry and seafood. Jars of food are placed in 2 to 3 inches of water in a special pressure cooker which is heated to a temperature of at least 240° F. This temperature can only be reached using the pressure method.

Which foods can be water bath canned?

What temperature should I store my canned food in?

Ideally, home-canned food should be stored between 50 and 70 degrees.


How do canning jars seal?


Initially, gases are vented from the jar. When the processing period is finished, the atmospheric pressure outside the jar is greater than the pressure inside. This difference in pressure pulls the lid down onto the jar and forms a vacuum seal.


What is a false seal?


A false seal can occur when jar rims are not wiped clean before processing, if a jar is not filled correctly, or if products are not processed correctly.

Both a boiling water canner and a pressure canner not only heat the product to help ensure a safe result, they also force as much air as possible out of the jar.

What is the importance of altitude in canning?


Your altitude is important because the higher the altitude, the lower the atmospheric pressure, and hence the lower the boiling temperature.

Generally, recipes are written for water bath canning at altitudes less than 1000 feet. Pressure canning recipes are generally written for altitudes of less than 2000 feet. If you live in areas that do not fall within those parameters, adjustments need to be made according to your altitude.

Why are there ingredients I cannot add to a recipe for canning?


Not everything can be canned simply because home canners are unable to reach the heat required to properly can foods that are too oily, have high fat content, or are too viscous.

Commercial canneries also use additives, preservatives and processing equipment that you can’t replicate at home.


Why do they call it "canning" when you're using jars?

This is my favorite question simply because my five-year-old granddaughter asked it.  I will admit, I had to look it up.


Commercial canning in tinplate canisters became common because it was easier, less expensive and safer to preserve food in the tin canister.

Soon the word "canister" was shortened to "can" and "canning" became a common term for commercial food preservation. The term stuck even after the introduction of glass jars.

So there you have it.  If you'd like to learn more about canning, here are some great book choices to check out.

I hope you found this article helpful.  I encourage you to begin your canning adventure.  You can do this!!!

Back to Blog Home Page 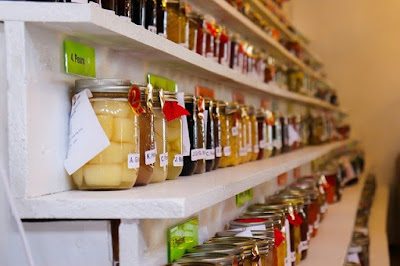